Blaze Automation is an Internet of Things (IOT) company with offices in USA, India, Japan and Australia. Blaze’s flagship product B.One® Hub is an Edge computing based IoT Analytics Gateway. B.One® is an Artificial Intelligence (AI) based automation and security system that makes your lives and businesses more efficient and secure. We’re here to automate your homes, enterprises and retail stores to deliver significant savings in energy costs and help Monitor, Manage and Optimize for increased efficiency.

Arjun is the Chairman of Blaze Automation and leads the vision and ideation efforts. As a successful serial entrepreneur Arjun has received various awards for his business accomplishments and has made significant investments in Green Energy and Technology sectors. 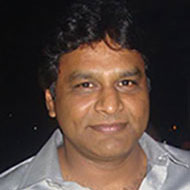 Dr. Dave MSM, PEng, Professor Emeritus, University of Calgary is a Director at Blaze Automation. He is the founder ofthe NGO: “Light Up The World (LUTW)” (1997). LUTW has facilitated affordable Solid State Lighting systems in 53 countries. He is the Founder for “Visionary Lighting & Energy (VLE) and has worked on Projects with Univ. of Calgary & Mount Royal University (Canada). 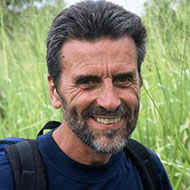 Sridhar is the CEO of Blaze Automation and spearheads strategy, operations, design and development efforts. Sridhar has years of experience in designing and building, Industrial Embedded Security and Automation systems. He was also responsible for Design and Implementation of Security Systems for several Banks and key Government agencies.

Over the years Sridhar has received various awards from IEEE's Best circuit designer of the year award, Faraday Memorial award for the design of Solid state Lighting System for the developing world. Stood one among the TOP 20 in Windows Embedded Students Challenge conducted by Microsoft. 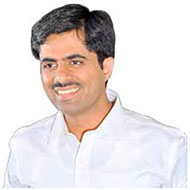 Her experience spans a range of technologies including Broadband Networking, Asynchronous Transfer Mode Switches, High speed Routers and VoIP Systems. During her career she has held management positions at Lucent Technologies and Net2Phone, and started her career as a software engineer at Cisco Systems. She interned as a network engineer at Bell Labs. Sarada is a Graduate from University of Illinois, Urbana Champaign. 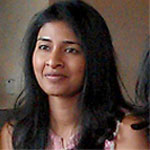 Get the app from

Available on the App Store

Get it on Google Play